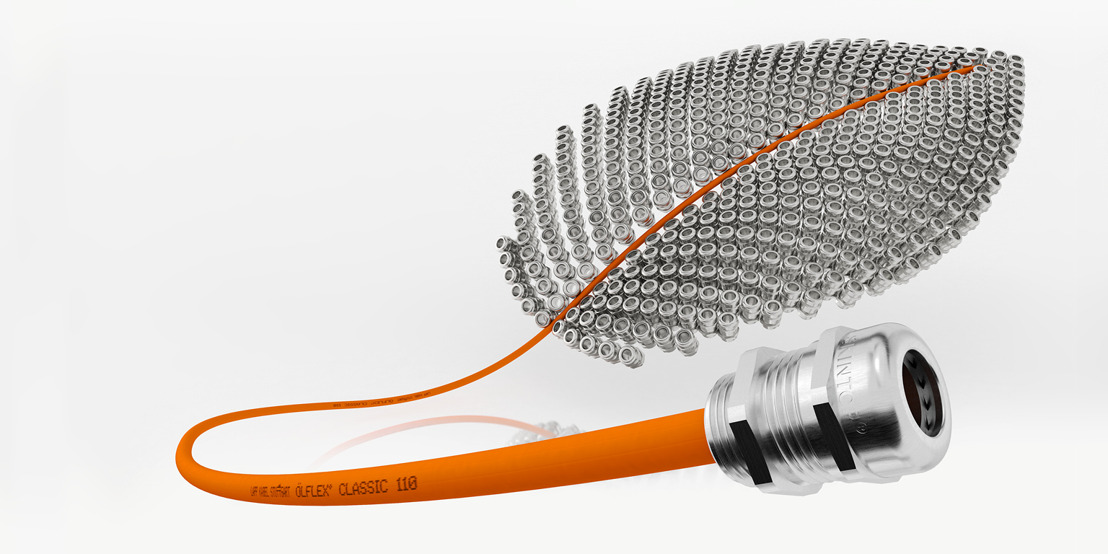 Lead-free: At the petrol station, we have long since become familiar with the fact that petrol is no longer allowed to contain lead. Metallic materials, such as brass, must also dispense with lead as an additive for easier processing – with one exception: Up to four percent is permitted in copper alloys – including brass, which is used to produce cable glands. As things stand, this exception will expire on July 21, 2021, and it is still unclear whether there will be an extension or a transitional period. If the exception ends as planned, brass will no longer be allowed to contain any lead, as stipulated by the European Directive RoHS (Restriction of Hazardous Substances). In the REACH chemical regulation, lead is also on the candidate list for “Substances of very high concern”, which could soon be prohibited. LAPP does not want to wait around: Since July 2020 onwards, the world market leader for integrated cable and connection solutions will also be the first manufacturer in the world to offer cable glands in a lead-free brass version.

“Sustainability is important to us,” emphasised Guido Ege, Head of Product Management and Development at LAPP. “That’s why we’re already acting now and not waiting until a law forces us into it.” Initially, the most popular LAPP cable glands will be available in the new lead-free version. The first products include the popular SKINTOP® MS-M and MS-SC-M models, as well as the counter nut SKINDICHT® SM-M. The SKINTOP® MS-M is the first choice for a wide range of applications in machine and plant construction, measurement, control and regulation technology, and where there are tough demands in terms of mechanical and chemical stability. It offers optimum strain relief, wide clamping ranges, numerous approvals and a high protection class. The SKINTOP® MS-SC-M EMC cable gland with highly conductive, flexible EMC contact spring has a low-resistance screen contact for EMC-compliant earthing of the braided shield. All of these versions will be available immediately from stock in metric sizes M12 to M63. Further product groups are gradually being supplemented with lead-free versions. The previous versions will be still be available from stock for the time being.

In recent months, LAPP has investigated various lead-free alloys. This included tests in production to ensure the reliability of the processes and the suitability of the tools. Both the LAPP laboratory and external testing institutions have confirmed that the properties of the new products are comparable with the current versions. This applies to the mechanical properties, corrosion resistance and EMC properties. The lead-free versions also comply with protection class IP 68. “The lead-free cable glands have seen LAPP successfully tackle the challenges of identifying an alternative material”, said Lisa Schlingmann, Product Manager at LAPP. Although the new material is more complex to process, LAPP decided to include the material in its standard range.

“With the lead-free SKINTOP® and SKINDICHT® cable glands, LAPP is taking a pioneering role,” said Guido Ege. Anyone who is currently planning a machine with a long service life cannot rule out a possible ban on lead. “We are already giving our customers the certainty that they will be prepared for the challenges of the future.”

Headquartered in Stuttgart, Germany, LAPP is a leading supplier of integrated solutions and branded products in the field of cable and connection technology. The company’s portfolio includes standard and highly flexible cables, industrial connectors and cable entry systems, customized system solutions, automation technology and robotics solutions for the intelligent factory of the future, as well as technical accessories. LAPP’s core market is in the industrial machinery and plant engineering sector. Other key markets are in the

LAPP has remained in continuous family ownership since it was founded in 1959. In the 2018/19 business year, it generated consolidated revenue of 1,222 million euros. LAPP currently employs approximately 4,650 people across the world, has 18 production sites and around 44 sales companies. It also works in cooperation with around 100 foreign representatives.