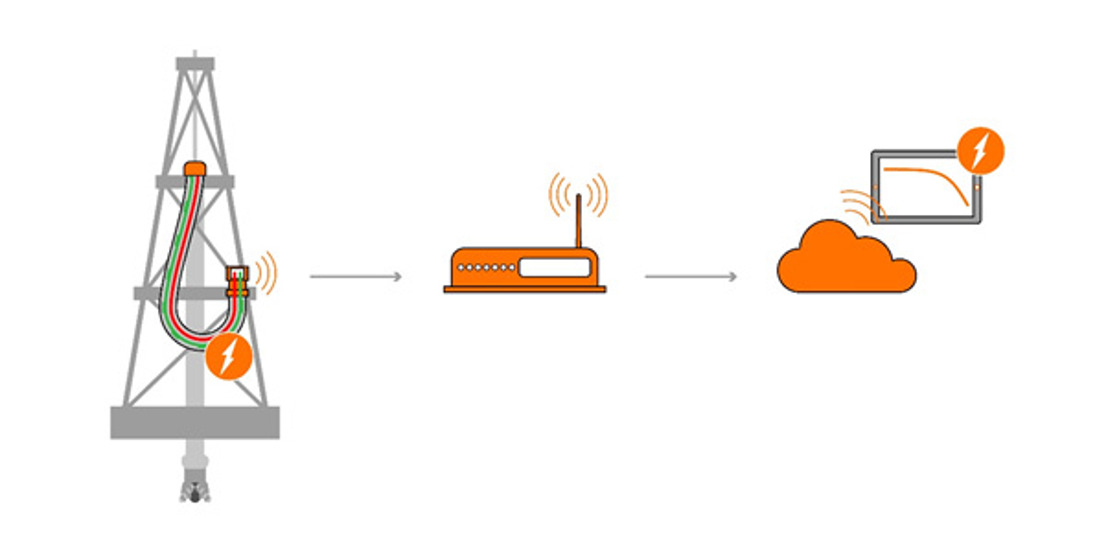 Friday, 3 July 2020 — Cars, refrigerators, industrial machinery: Things are becoming more and more smart and exchanging information via the Internet and with each other. Industry has recognised the potential of the Internet of Things (IoT) for itself – combined with the Industry 4.0 method, solutions for the Industrial Internet of Things (IIoT) are now being developed. The aim is to optimise production processes and, above all, to detect failure of components before they can paralyse entire factories. LAPP already has solutions for the Industrial Internet of Things in its range and is currently expanding them. Now, the market leader for integrated cable and connection systems will be demonstrating three promising new developments and concepts.

LAPP presented the first concept a few months ago and there is now a usable prototype close to series production. The predictive maintenance box, or PMBx for short, is now small, compact, robust and flexible, and can also be integrated into existing systems. It reports promptly when an Ethernet cable is likely to fail. The box therefore helps prevent unexpected and expensive system failures and helps you to plan maintenance work. What distinguishes LAPP’s solution from all other concepts is that the box is simply connected to the data cable in series; special sensor elements in the cable or even a second device on the end of the cable are unnecessary. This makes it suitable for retrofitting in older systems. Users can connect the box to a gateway or cloud via WiFi using the IoT protocol MQTT. However, it is also possible to pick up the signal via a wired digital output or IO link. The box continuously calculates the LAPP predictive indicator and triggers an alarm if the transmission properties of a cable deteriorate and there is a risk of failure. The intervention threshold can be set by the customer. The PMBx will soon be in use by three pilot customers from the medical technology, automotive and intralogistics sectors. The box is currently suitable for monitoring Ethernet cables; versions for power cables are planned.

For special cables, it is useful for monitoring sensors to be installed directly in the cable. For example, this is the case with what are known as service loops, which are often used on offshore drilling platforms. These hybrid cables generally supply the application with compressed air and hydraulic energy in addition to power and data. In the past, it was difficult to predict their ageing, especially because of the different usage conditions and structures. For this reason, they are replaced as a precaution after a defined time interval. This is no longer necessary with the smart service loop from LAPP. It contains a reference cable, sensors for monitoring the ambient conditions, and a microcontroller with WiFi connection, which is integrated into the cable’s anchoring or housed in the control cabinet. It calculates when it is time to replace the cable from the changes in the sensor values. “The prototype has already completed 800,000 movement cycles in our test laboratory”, says Dr Susanne Krichel, Senior Manager for IoT business development at LAPP. “This will help us to make the data evaluation algorithms more precise. Our approach will save the customer up to €700,000 in failure costs per hour and offer modern business models such as guaranteed availability of the entire installation or a monthly diagnostic report on the cable condition.”

Large industrial plants, such as in the oil or chemical industry, are increasingly being equipped with sensors that measure temperature, pressure and other variables to detect potential failures or to optimise product quality. But how does the data reach the control centre over long distances? With its new IoTKey® wireless measuring and remote monitoring system, LAPP offers a practical plug and play solution for wireless remote diagnostics. The system collects the measured values from up to three sensors and transmits them reliably in demanding industrial environments without interferences. Transmission distances can be over hundreds of meters inside buildings or outdoors using the LoRaWAN® protocol (Long Range Wide-Area Network). The battery-operated IoTKey® Transmitter can be installed in plant components as required; electronics optimised for energy savings guarantee troublefree operation for years. Commissioning takes only a few minutes. “The IoTKey® system is ideal for applications in power generation, petrochemicals, mining, water supply and wastewater networks, warehouses and storage areas, and laboratory spaces. It is also suitable for use in plants with potentially explosive atmospheres,” promises Ralf Moebus, Head of Product Management for Industrial Communication. Thanks to the simple data exchange, concepts such as preventive maintenance, rapid diagnosis of problems and intelligent status monitoring can be implemented.

“We are currently focusing on industrial sectors in which LAPP is already strong. And we’re not just thinking about cables, but complete systems and our customers’ entire processes.” According to Krichel, the issue of IIoT will not yet be on many customers’ radar and they will be grateful that LAPP is raising awareness of it, engaging in discussions and starting to offer solutions.