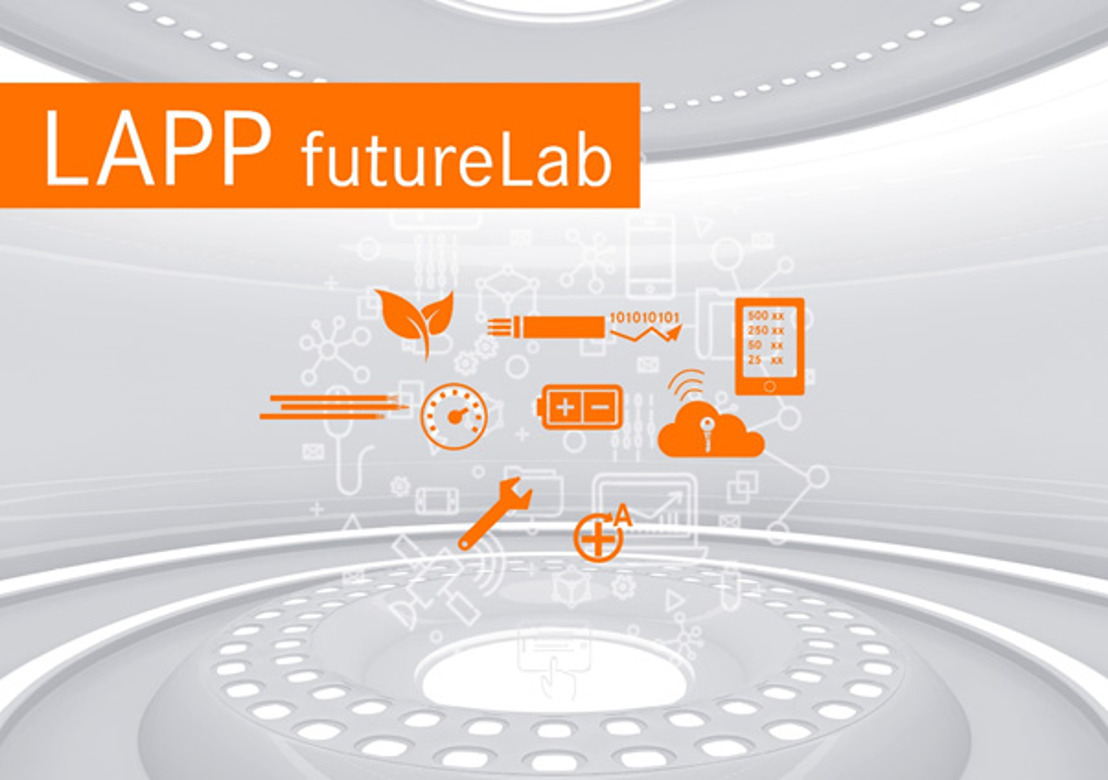 Friday, 3 July 2020 — A bit of copper and plastic, sometimes with glass fibre – cables are essentially a very “analogue” product. But at the same time, a manufacturer such as LAPP collects a lot of information about its products in digital form. There is also all the data generated by the customer during use. How to link the analogue and digital worlds as seamlessly as possible in connection systems is an exciting question that the industry has been facing for some time. And LAPP has come up with two impressive answers, which address different aspects of the problem: Digital cable code and cloud marking.

When a cable is assembled or installed, it is usually given a metal or plastic label, attached using cable ties. This is intended to help identify the function of the cable in the system later. But the information on it normally consists of only a few numbers and letters, and it is also static. With the digital cable code, LAPP has now created a solution that enriches this sparse information with additional data that can be added to or modified at any time. Each label has a code, which leads to a website in the cloud when scanned. On that website are production data and test logs, which are currently sent out on paper. Users can also store their own information such as production information, maintenance intervals or circuit diagrams. There is a separate website for each code. The type of code involved is a secondary consideration in the concept. For its tests, LAPP is using the widely used QR codes, but numerical codes or RFID tags are also possible. “With the digital cable code, we are connecting unlimited digital information to a physical product – the cable,” says Dr Martin Dorner, Head of Technology and Innovation Management at LAPP.

Where do cable assemblers like LAPP Systems find out what information customers want to have on their labels? In the past, the usual method of exchanging data was using Excel or PDF files, or sometimes even hard copies. The assembler transmits this data manually and prints it out – and hopes that no errors have occurred. Cloud marking eliminates this source of errors. The software has a digital interface in which the customer enters the data that they want the assembler to print on the label – without any media discontinuity and free of errors. LAPP is already using cloud marking in its plants for preassembled cables. And there are now plans to make the software available to other assemblers. An appropriate business model is currently being developed.

The digital cable code and cloud marking are the fruits of a new innovation process at LAPP, known as Innovation for Future. It is intended to promote radical and disruptive innovations, which would never have a chance in a classic stage-gate process. The ideas for the two concepts came to LAPP’s innovators in design thinking workshops. Martin Dorner said: “We take a look at customer problems and try to find unusual solutions.” The digital cable code and cloud marking are still in the concept phase, and we are currently holding discussions with potential users to get both of them ready for series production.